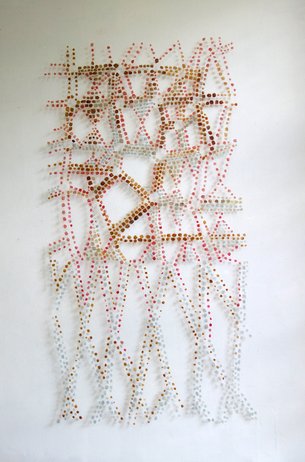 She is fascinated by dots, lines and contours, by their rhythmical movements but also by the empty space they confine. Instead of drawing on paper, she draws in space by using textile as a material.

She works with thread, fabric and horsehair, fish scales and parchment, materials which are soft, light, flexible and open to endless development.

For her transparency is a prerequisite. By leaving some space between the structure and the wall the object is freed from its background and interacts with the white wall. It becomes what she calls a “Spatial Drawing”.

Composed of hundreds of small shapes connected with monofilament, Dutch artist Marian Bijlenga's work is defined as much by a calligraphy of shadows as by the often bright spots of color stitched with thread and horsehair. Her most recent work, the palimpsest series, documents the tiny pin holes in the studio wall of her mentor/teacher, the monofilament forming a trail

between the holes, each made by the continuous process of pinning up and taking down art.

She lives and works in Amsterdam, The Netherlands, where she studied at Gerrit Rietveld Academie. She has exhibited extensively throughout The Netherlands, Japan, the United States, Poland, Australia, England, Finland, Denmark, China, Japan and Indonesia. She has been an

artist in residence on three occasions and has published internationally in Embroidery, Surface Design, FiberArts, Collect and Selvedge. 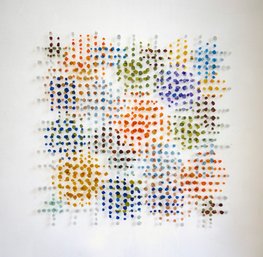 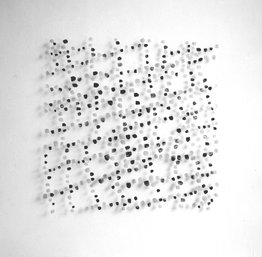 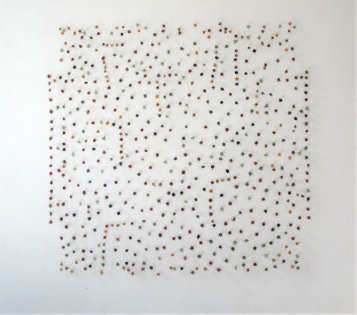 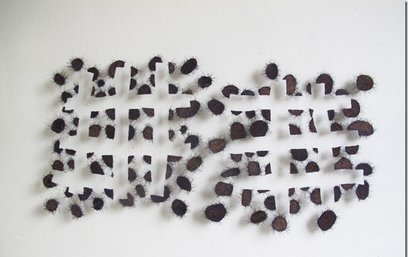 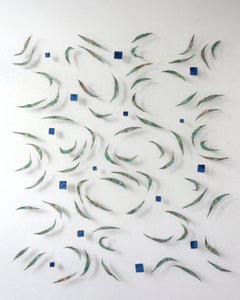 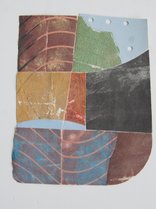 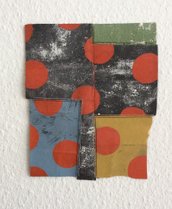 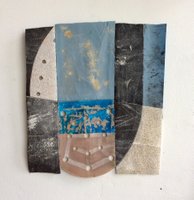 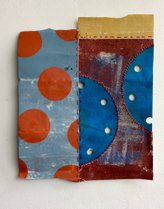 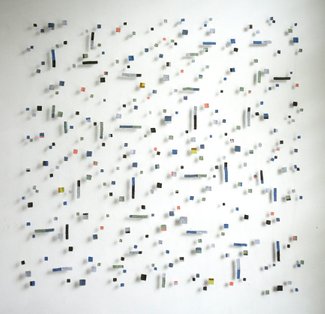 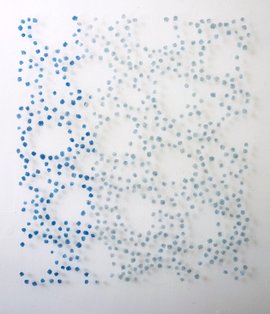