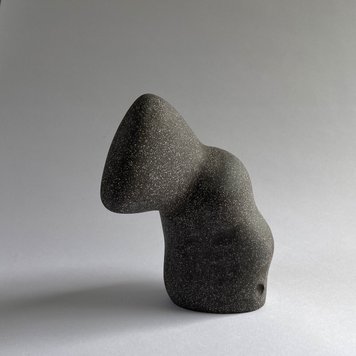 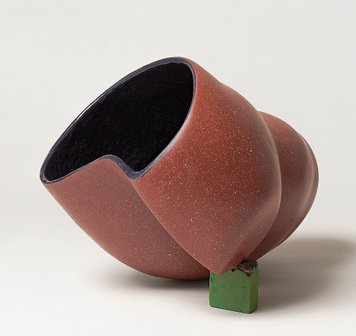 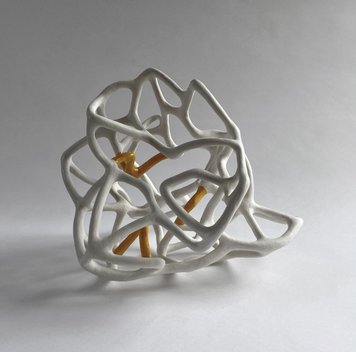 Deirdre McLoughlin shapes sublime forms with a fine finish. She has won first prizes in 2014 and 2004 in the four yearly Ceramics of Europe Westerwald Prize and was honored in the 4th World Ceramic Biennale in Korea in 2007.  One from her ‘I am too’ series is printed on an Irish stamp to celebrate this ‘grand lady of ceramic art’.

She is a sculptor whose work intrigues in the tranquil visual language with which she shapes the void.

"Striving to infuse ideas into the colours applied to her clay, the dark surface of this voluminous vessel captures the depths of a vast body of water.........The undulating interior glaze also gives off a soft glow - a gleaming reminder of the earth's enigmatic core." 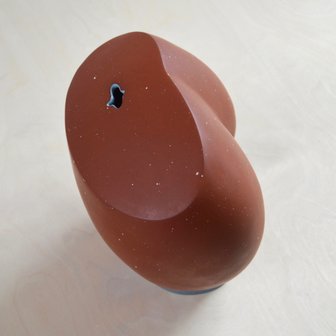 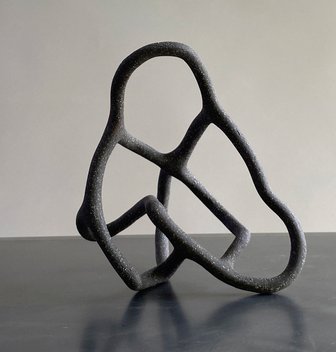